HBM 911: How To deal with a stingy friend and someone who keeps copying you!

I am sure many of you are busy shopping for Diwali especially with the Diwali gifting. I am so tired today and was in no mood to write a post but thanks to Mia for being such a huge support and making me write this no matter what as she is really happy with tremendous response to the feature. Cmon, keep them coming girls and guys. You can drop us your queries here 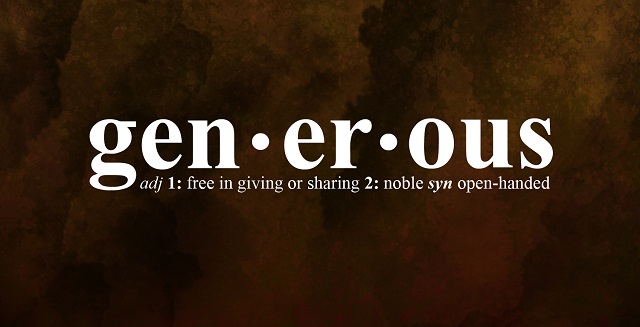 Agony Aunty India: How To Deal With A Stingy Friend

I have a friend who is a big time cheapo. She only looks for free food, freebies, gifts and is just a free loader. She never offers to pay and agrees instantly when I offer to pick the tab which is pretty much every single time. I don’t expect her to pay for me but why can’t she go dutch and offer to split the tab instead of me asking for it. I’m truly tired of it but since we work together could you pls suggest some ways around her cheapness. – A Tired Friend!

First of all stop offering to pick the tab all the time, that should probably make the cheapo uncomfortable enough to pay up. While placing an order try to specify “your share” so that the person gets the idea that you are not willing to pay for the whole order. I know it might be a bit difficult and will make you uncomfortable in the start especially if you’re generous kind but then there is a limit to how much you can take. You’ve obviously been too kind to her so now its high time you start practicing to say NO.

Another thing we tried with one of our stingy friends was jokingly mock her by saying, ‘would you ever pay’ or point to them and say ‘ he/she is taking up the tab this time as they never ever pay’.

This would probably be the best way to handle it- When you’re at the billing counter, just say “why don’t you pay, I’ll pay you back” and pretend that you found something else interesting in the restaurant, say a table or a even a dish and walk away. Later, just ask her how much you owe her.

Best Agony Aunt: How To deal with someone who keeps on aping you?

There is this friend of mine who has no personality of her own and keeps on aping every single thing I do, be it the way I talk, or go puhleez for that matter and worse she’ll pick up my opinions and days later dish them out as hers to me or other people which infuriates me. She copies my new hairstyle, diets and even my one liners. She would probably pick her nose in public if I did so! Argh, I’m so tired of her . Pls help and pls don’t tell me to avoid her because its not possible as I have to bear her company for a certain amount of time everyday.- Namitha

Firstly, you can pretend to be busy. Whenever you’re with her call up a friend or text people so that you don’t have to endure your personality on her (haha!) Ignorance is bliss forget ignorance, ignoring is bliss in such a case.

Secondly, if you’re the kind of person that Mia is ie a crazy lil bitch (shh don’t tell her I said that) you can incorporate funny, obnoxious or dumb things into your personality which she will naturally ape and you’ll get a kick and a good laugh out of watching her make a fool out of herself.

Third, I know this hard and its easier said than done, but seriously girl take it in your stride. You are obviously the epitome of perfection in her eyes so she’s aping you. Ignore her antics and feel proud that there are people who would kill to be you. We know it is veryyy hard and extremely annoying but ultimately it means you’re something of a celebrity for her 😀

If you’ve got an issue and want us to solve it for you then drop your query here. Its absolutely anonymous and… FREE! LOL