I was recently invited for an experiential at the upscale Geetanjali Salon in Green Park, New Delhi. Geetanjali Salon was started in 1989 which later grew into a chain of salons and is now one of the most reputed and leading salons in India. Their salons are easily located in all the prime locations in Delhi and with many more opening soon in different locations. 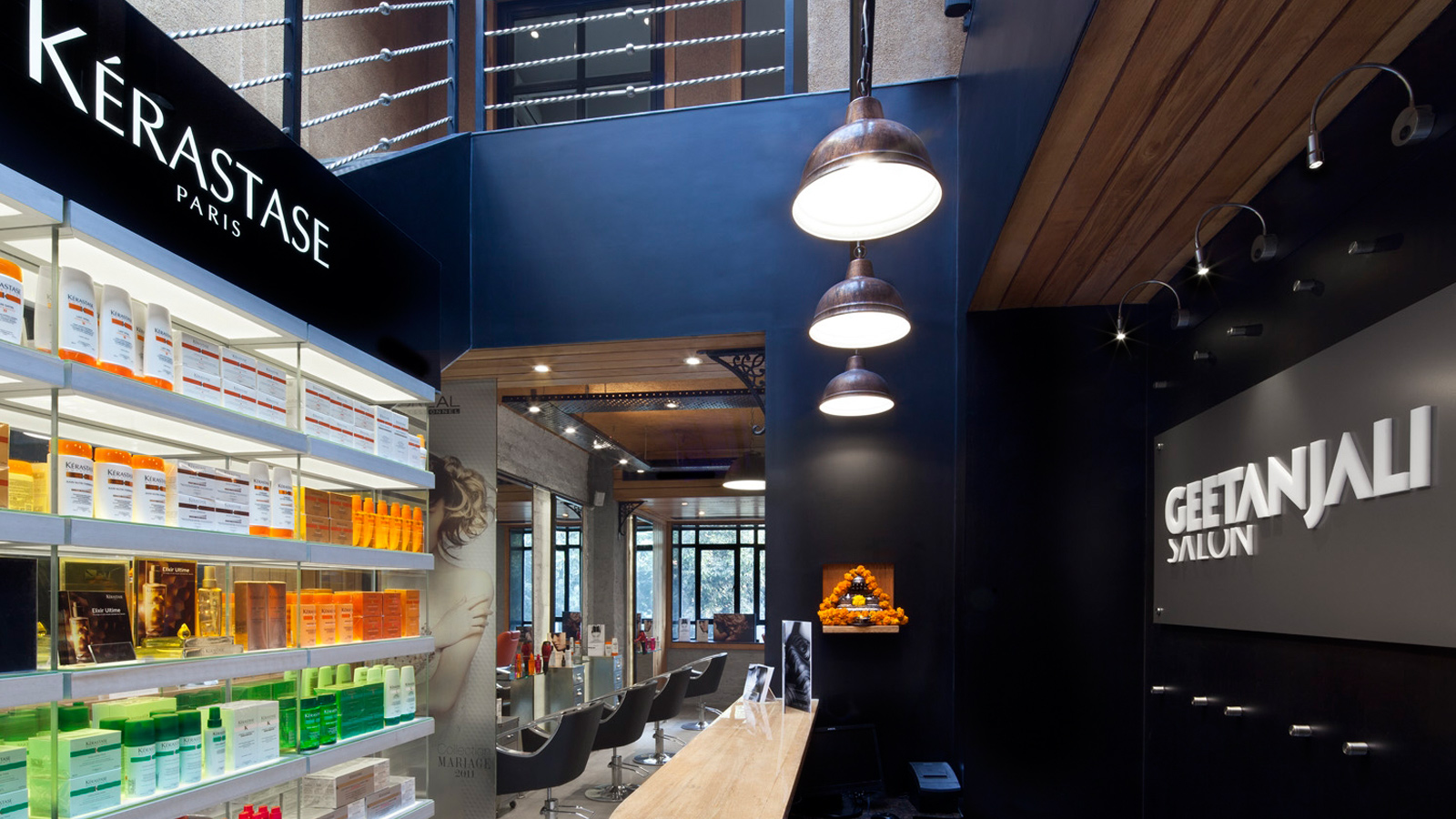 About Geetanjali Salons
Geetanjali salon started in the year 1989 by Mr. Prem Israni and his wife Mrs. Neetu Israni. They had very early on embraced the notion that day-by-day people were becoming more style conscious and were willing to experiment with their looks.The first Geetanjali salon was opened in Green Park Market, South Delhi with the aim of serving the best services not only in hair and beauty but also in bridal make-up and other professional needs. Competitively priced to cater to the varied customers whose footfall is increasing, the salon has made a mark not only in the business industry but also has become a household name. 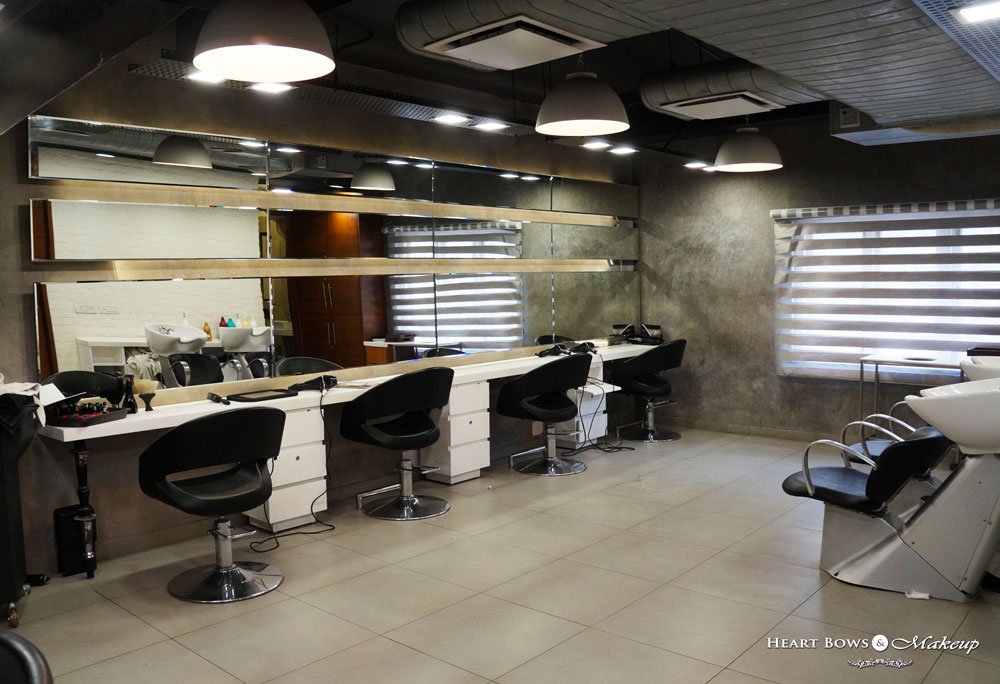 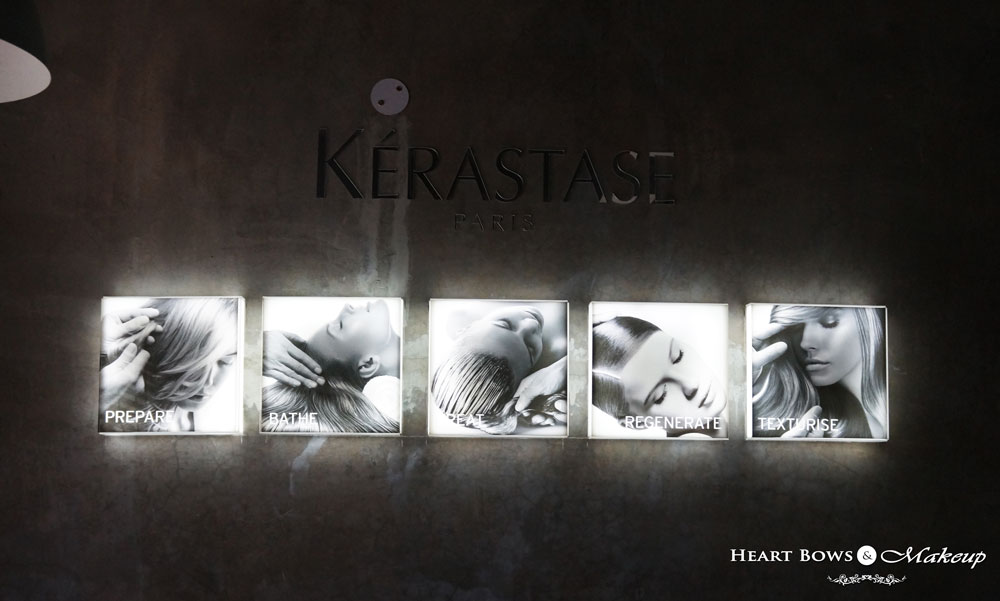 I visited their salon in Green Park which is their flagship salon and is their main branch. It is a spacious 3 storied salon with modern and contemporary interiors and tastefully done decor. I haven’t been to a more spacious salon with dedicated floors to each service before. With soft music playing in the background and luxurious furnishings I was ready to let my hair down(quite literally) and relax with a cup of green tea. 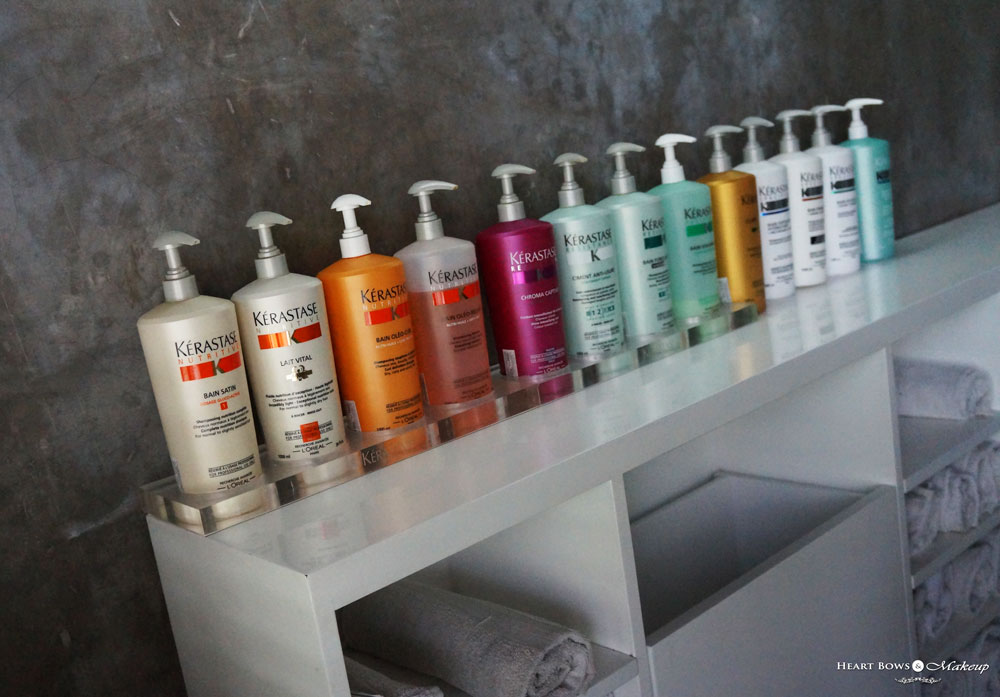 Since my hair has been in a terrible condition lately and the humid weather has been making matters worse I chose to go for a Kerastase Hair Ritual which is a 5 step treatment that is Prepare, Bathe,Treat, Regenerate & Texturise. 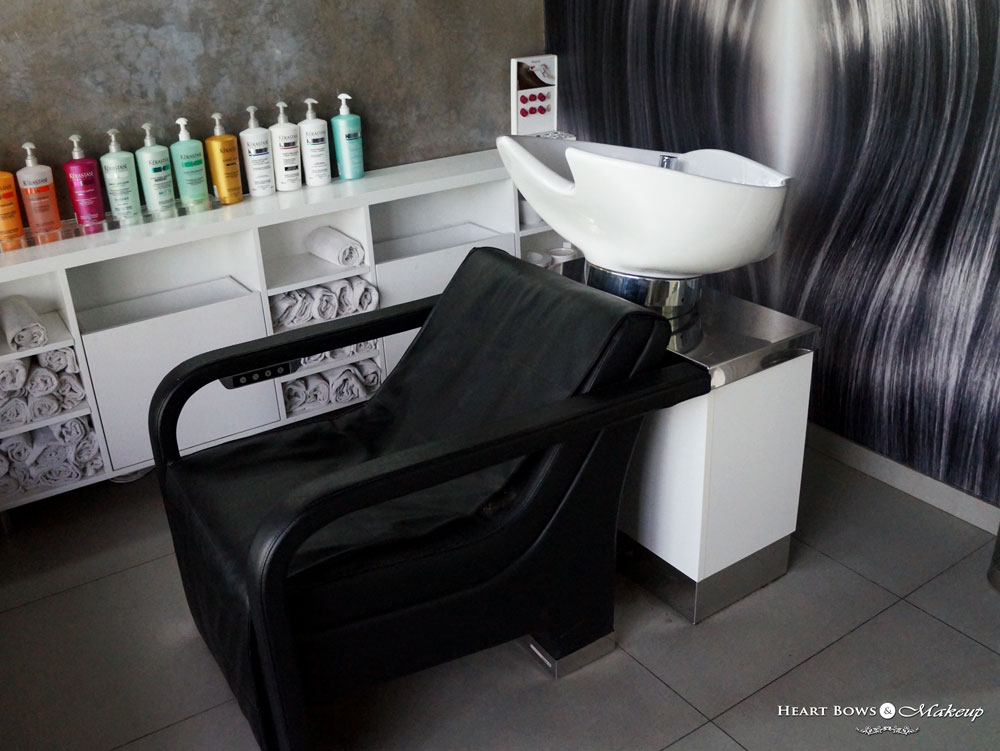 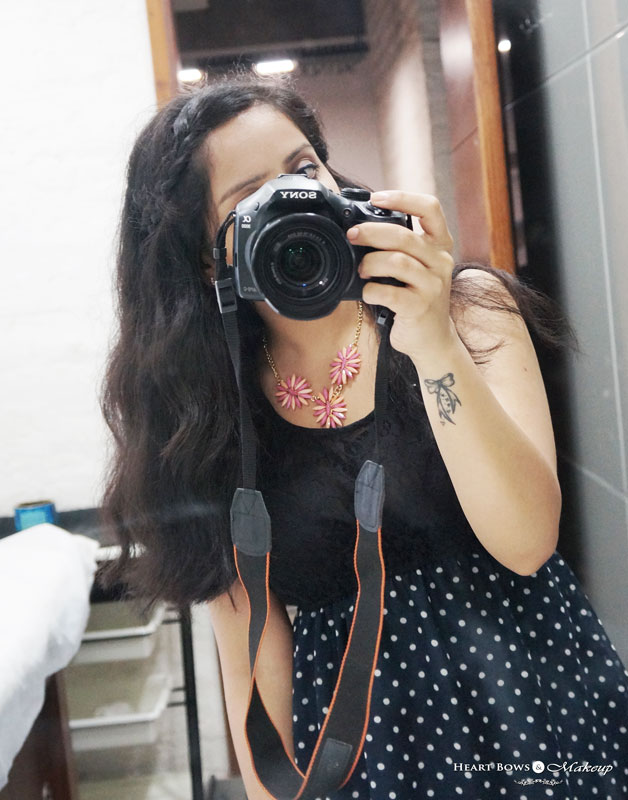 Indian Beauty Blog: Look at the sorry state of my hair before the hair spa!

We started the preparation by analyzing the condition of my scalp with a Kerastase Diagnostic Camera which showed that my scalp and hair texture was actually quite healthy and not as as dull and dry as I expected. It was decided that a combination of Intensive Nourishment along with a Strengthening and Reconstructing treatment would work well for me. We moved on to the bathing my hair with Kerastase Nutritive Shampoo and by the time we moved on the treatment Geetanjali’s Marketing Manager Priyanka (who BTW is extremely pretty and charming) came to meet me and we got chatting about Geetanjali and how they aim to provide an enjoyable, pampering and satisfying experience to their customers. 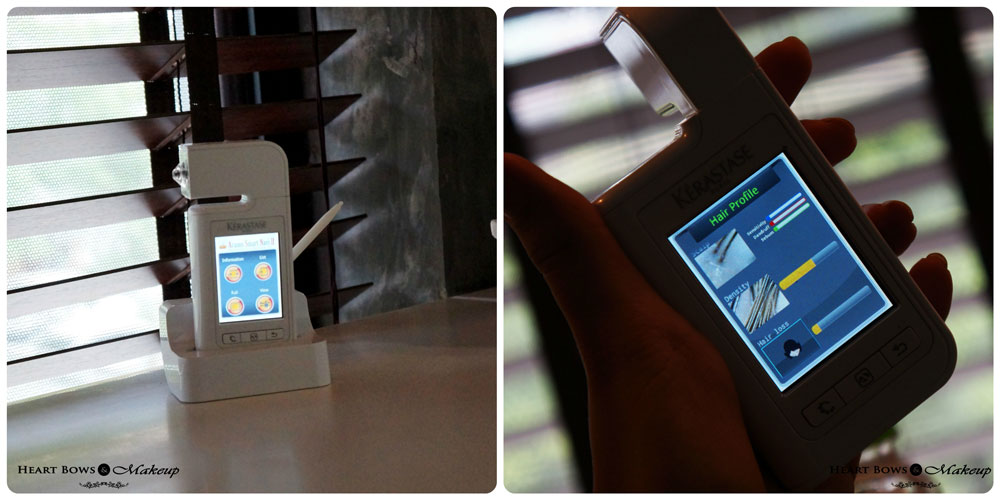 My hair was then regenerated and was steamed for a while to let the product penetrate my scalp better which was later washed. We went on to texturising which included my hair being blow dried and finished off with a Keratase Elixir Oil according to my hairtype.

You can easily judge the huge difference it made to my hair from the before and after pictures. My dry, frizzy and dull hair felt shinier, softer and had more bounce. Its been 3 weeks since I got the hair spa done and my hair is certainly more manageable and isn’t so dull anymore. The price of the Kerastase Hair Ritual at Geetanjali Salon costs Rs 2500+ taxes. 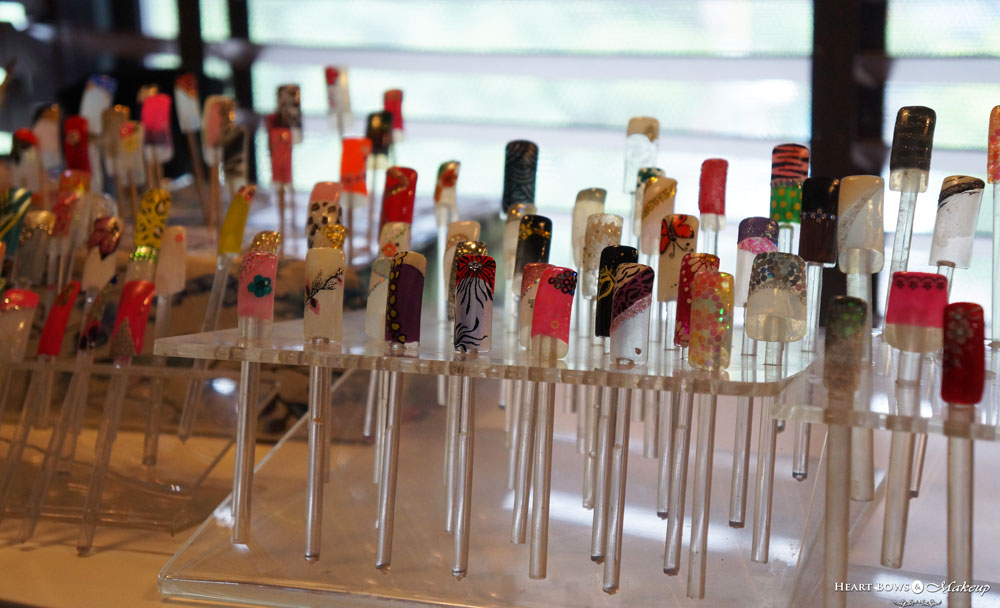 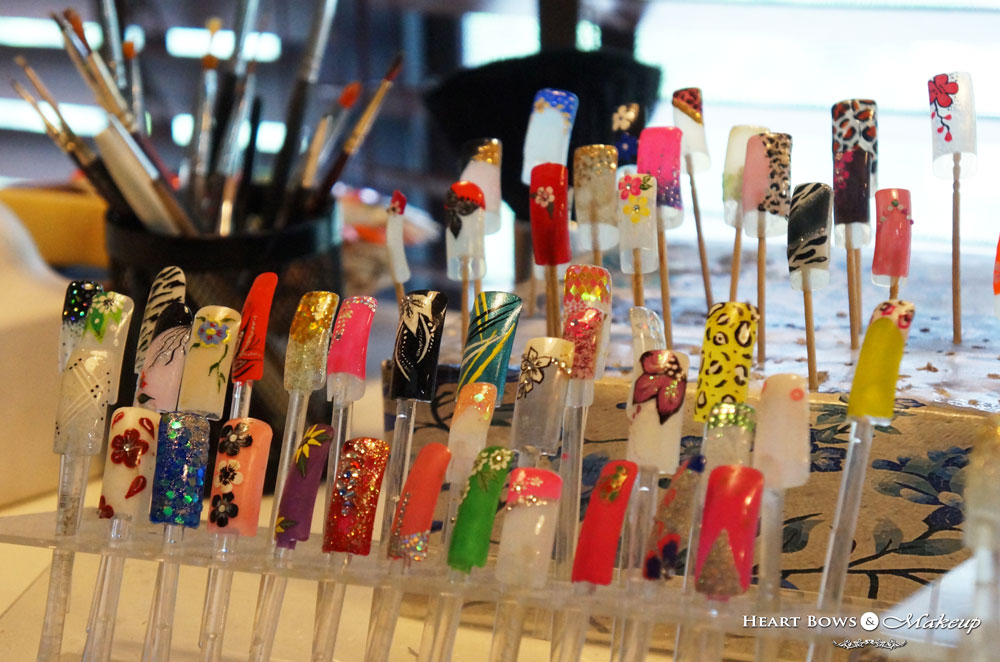 I was assured that gel nails are much, much better than acrylic nail extensions and do not harm your nails. I was literally spoilt for choice when it came to nail art but since it was going to be permanent I went with the classic ole french manicure jazzed up with a blingy bow. It took more than an hour and a half for the whole process to be complete and I have to admit I was a bit bored since both of my were hands were being done at the same time and I couldn’t use my phone :p Sigh. Life without the internet can be so frustrating! 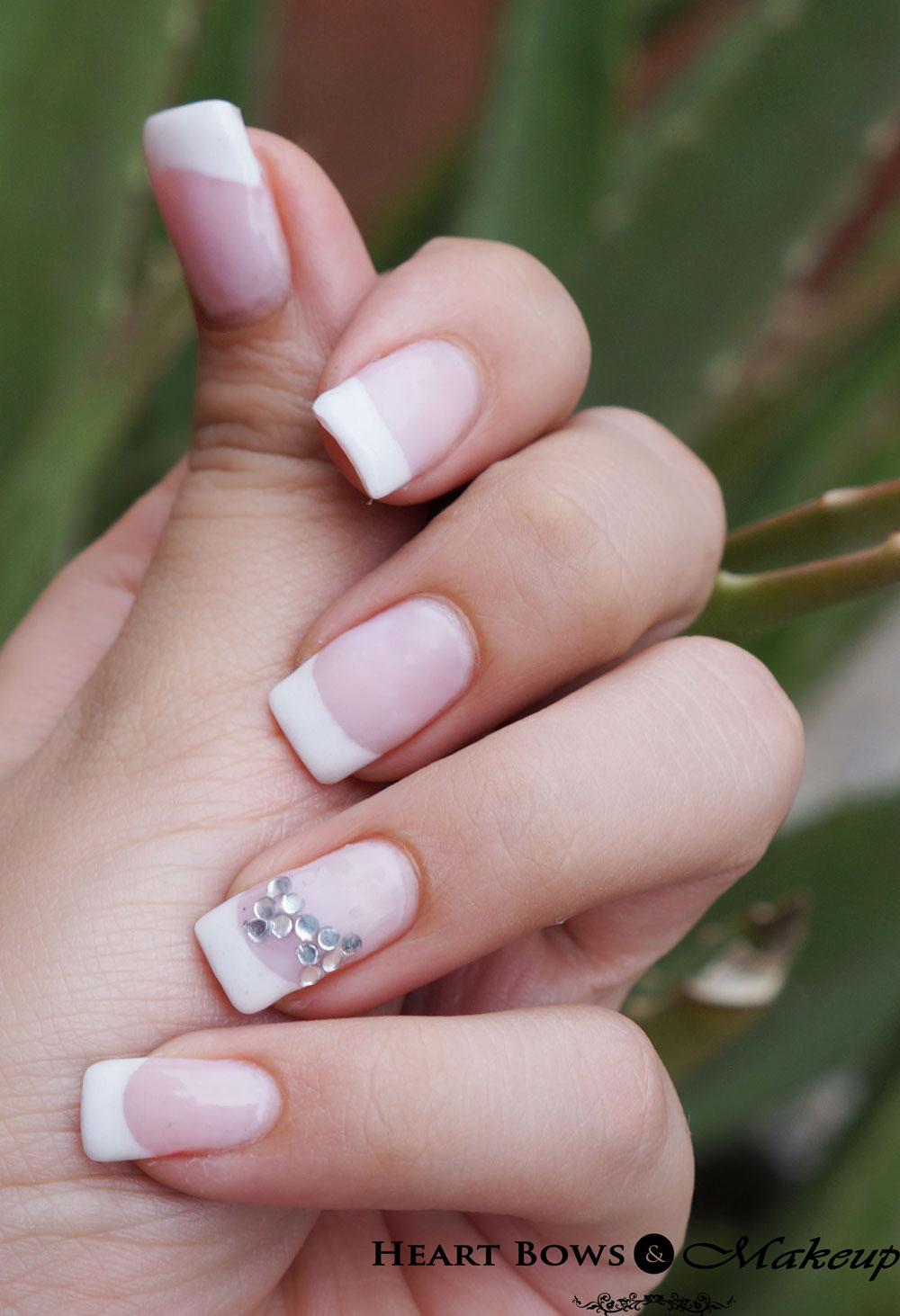 I must thank the nail artists for the fine job they did with my nail extensions and for giving me the perfect french manicure which will last me atleast 3 months albeit I’ll require a refill every 2 weeks or so 😀 I was extremely satisfied with the services and the staff was very friendly, knowledgeable and courteous. The prices are quite decent for an upscale salon and I strongly recommend visiting their property for a rejuvenating day of pampering

PS: I saw that they stock the L’Oreal Hair Chalks and I’m most definitely going to get some streaks done. What do you think I should go for. Blue or Pink?

*PS: The first image is taken from Geetanjali’s website.