Maybelline Lip Polishes aka the Maybelline Color Elixirs(as known in the west) come in a huge variety of 15 shades. They have a good collection of nudes, corals and a few pinks and reds. I bought 2 shades and I’m already lemming for more :p 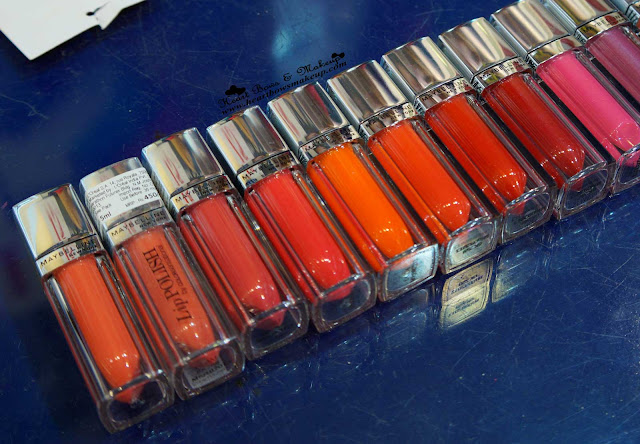 Price: ₹450
Quantity: 5ml
Can be bought online at Nykaa

You may like reading:
All L’Oreal Shine Caresse Lip Color Swatches

I have swatched the Maybelline Lip Polishes from peaches, corals to reds,pinks and nudes! Most of the lip polishes contain slight shimmer but they do not look too shimmery or OTT and just add to the “juiciness” 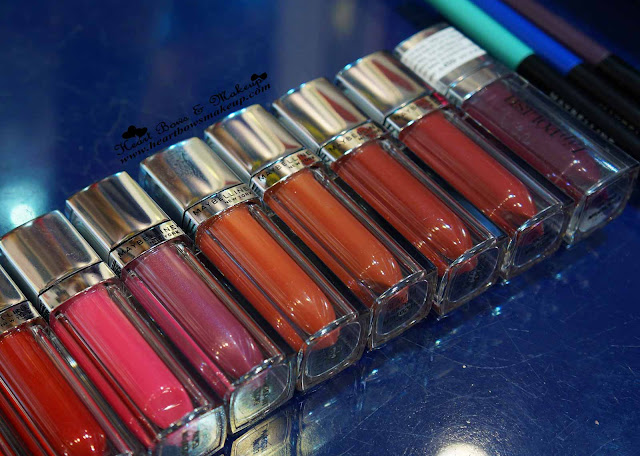 Here are the Maybelline Peaches and Coral Lip Polishes Swatches! 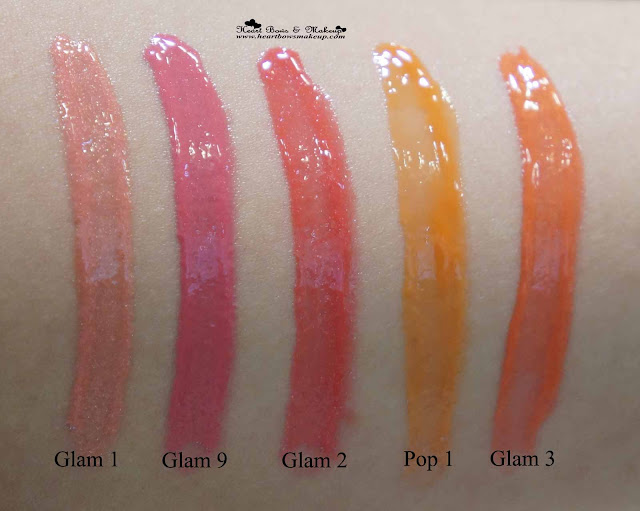 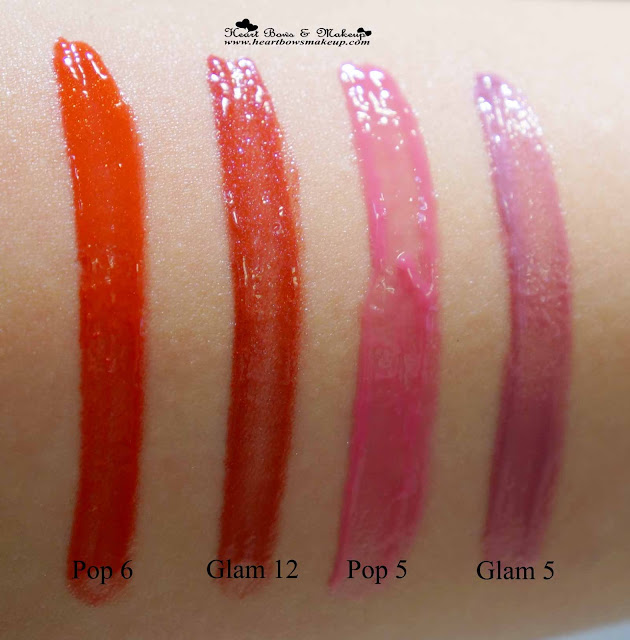 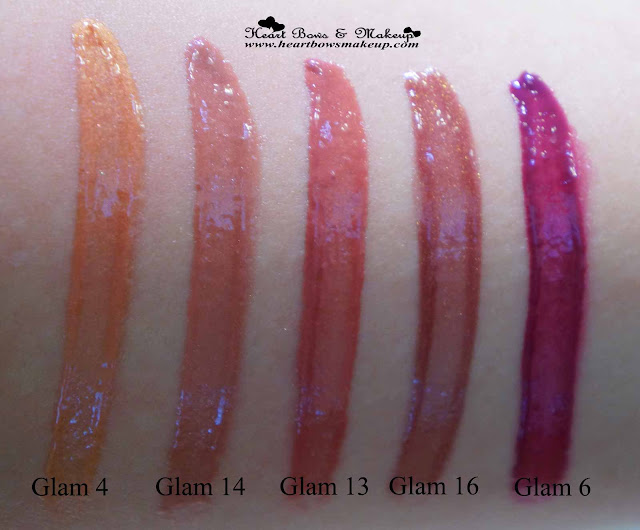 You may like reading
All Lakme Eyeconic Kajal Colors Swatches
Those were all the swatches of the Maybelline Lip polishes! The texture is beautifully hydrating and lasts a good amount of time. Even though they are sheerer then what they look like in the tubes yet they give a very good color payoff. I definitely recommend trying atleast one shade from the range if not 2 😉

Which are you favorite lip polishes from the range and can you guess the ones I bought?